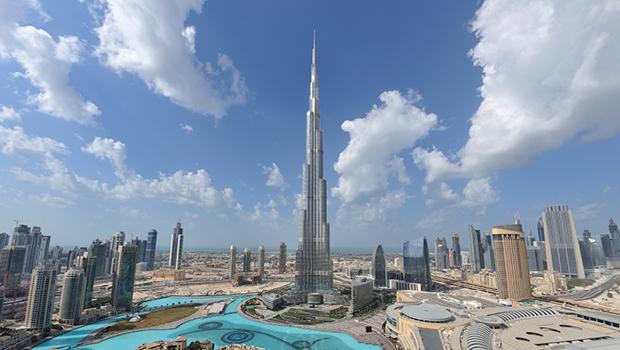 Burj Khalifa is the tallest building in the world, which can be seen shining tall and steady, even from the apartments of the Emaar Beachfront. The total height of this skyscraper is 829.8metre and it has been considered the tallest structure since 2009.

Dubai, a place rich in culture and tradition, is regarded as the hub of modernity. Burj Khalifa attracts a lot of tourists annually to the place, so here are some lesser unknown facts about the place.

An Insane Amount Of Manpower:

The tower has a pretty unique design, which is inspired by the spider lily flower. A city that features some amazing structures and skyscrapers, like the Dubai fountain, the construction of Burj Khalifa was not as easy as you think it is. The process required a lot of manpower, the power that had never been used for any building before. Daily, almost 12,000 people were needed on the site at a time. That surely is a fact to blow our minds.

The quality of the material was kept better than usual in order to put together the biggest, yet the safest building of the current time. At first, the tower was made in a Y-shape to make it more secure, but the major worry was that, will the building remain firm and still at that point? To ensure this, a lot of tons of concrete was used. Just a rough figure, it was about 100,000 elephants worth.

The tallest building has been entered into the Guinness book of world records too, a couple of times. Not for being the tallest structure, but for the world’s highest inhabitable floor and for the world’s tallest elevator.

Visible From A Long Distance:

The great wall of china is often the topic for discussion that whether is it visible from space or not. Without any doubt, Burj khalifa on land can be seen from up to 95kms away. Whether you’re enjoying a lovely dinner with your family in the Arabian deserts, or you are taking a sunbath at the coast of the beach, the skyscraper will surely follow you.

Restaurants At The Highest Floor:

The building is a host to a splendid restaurant at the height of 441m in the highest part of the state, providing a glorifying look of the beauty that offers this city. The segmented floor planning provides you with the best view to dine-in, no matter wherever you are seated.

Around 26000 glass panels are covering the exterior of the tower. Considering this, the process of cleaning can be a bit tough. So, it takes almost 3 months to clean each part of the glass panels by a single person. Certainly, not a thing for people who are afraid of heights, but it provides a 360degree view of the city while doing the thing.

The tallest building in the world would be perceived to have an effective and most modern sewage system.  It will be a bit of a surprise for you that the building has no sewage system. So, when you use the bathrooms in Burj Khalifa, you waste is carried out of the city through trucks.

The water used in the building is never wasted. It is collected and reused for different purposes. Every year 15 million gallons of water are collected sustainably. The water is used for irrigation to water the landscaping and plants, for the cooling system, and to supply the Dubai Fountain.

Any structure as huge as the Burj Khalifa will undoubtedly have a ton of wall space to fill. A lot of arts and crafts collection is available to fill up these spaces. There are more than 1000 pieces from a portion of the world’s most popular craftsmen (with an emphasis on Middle Eastern specialists) hanging inside the property—a significant number of them respectively appointed for the structure.

The amount of rebar used in the construction of Burj Khalifa was so much that if they were laid down end-to-end, the total length would be almost one-quarter of the total way across the globe.

Places like Burj-ul-Arab and Burj Khalifa is proof that no other place in the world, provides as much luxury as UAE. So, why shouldn’t you try Madinat Jumeirah Living? The facts discussed above, are also unknown by a majority of people, so the above guide will surely make you think about the greatness that this building holds.