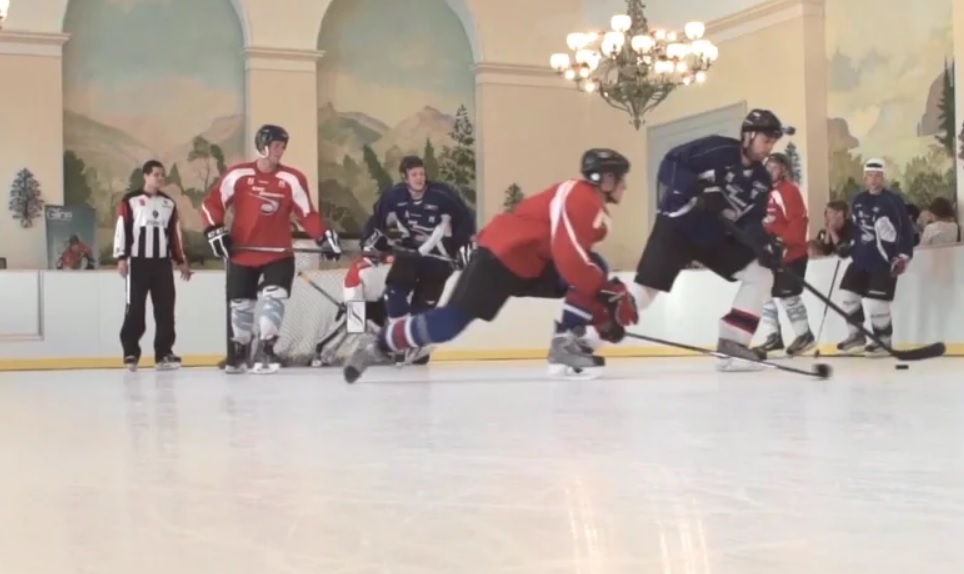 One of the best ways to be able to ice skate in your own home, or practically wherever you want is to install some high-quality synthetic ice panels. Although the feel of artificial ice is not quite like traditional ice, it is pretty close. Close enough to where you can pull some mean hockey deke moves or even figure skate.

If you are wondering how to skate on synthetic ice, the answer is clear. The same way that you would on frozen water.

The biggest problem was that the flooring needed to have a gliding agent added to it. This additive was a silicone-based solution that they applied directly to the flooring. The gliding agent acted like a lubricant so that the ice skates could move along the surface as they did on traditional ice. Not only did the gliding agent have to be constantly added to the flooring as people skated on it, but the silicone base also had to be stripped away or it would build up and leave a thick coat of gunk on the flooring. Needless to say, ice panels back then were a tremendous amount of work.

Synthetic ice panels of today are modeled on the way that ice skates glide across the frozen water of an ice rink. When you skate on real ice the blades of your ice skates generate enough warmth to melt a little of the ice as they slide along the surface. The melted ice, also known as water, creates a tiny layer of a natural lubricant for the ice skate blades. As the skates move across the ice rink, they travel smoothly and without much resistance. This is why ice skating is so popular. Once a person gets that hang of ice skating, there is no stopping them from gliding freely across the ice rink almost as if they were flying.

The artificial ice that is available on the market today is much more advanced than the old-style ice panels back in the 60s. The type of plastic that it is made out of didn’t even exist back then. High-density polymer plastic has proven to be an effective platform to build phenomenal ice panels out of. Developers have been able to use the model of naturally occurring polymer molecule chains that make up most of the matter that we see on a daily basis. Polymer plastics are synthetic polymers that are designed at a molecular level so that they can be tailor-fitted into a long-lasting, durable, self-lubricating ice synthetic ice flooring.

Just as skating on real ice creates the natural lubricant of water, skating on self-lubricating synthetic ice panels allows the lubricant that is built into the plastic to come to the surface and provide a nice, slick, smooth-skating experience for skaters.

Although there is a little bit of resistance, and a bit of a drag, after a little while of skating on the ice panels you will get used to it. The extra resistance can help to build strength and endurance so it isn’t such a bad thing. There isn’t much difference between skating on real ice and skating on synthetic ice, however, it might take a bit of getting used to.

***Sniper’s Edge Hockey loves Canada! We proudly ship all of our products to Canada and offer the same return policies as we do for everybody else. We realize the exchange rates for the Canadian dollar are not the best right now, so we’re trying to help by giving you free shipping and no customs/duty.***